Here is the school timetable for dropping off and picking up for Term 6:-

Half Term has been busy in The Beehive and we have had volunteers in school from BNP Paribas Commercial Finance in Tunbridge Wells helping out on the site as part of their community outreach.  We are so very grateful for what they have achieved in our EYs setting.

Year 6 as normal will be busy with all things sports - athletics, hockey, football and tag rugby and of course sports day.  Year 6 have their residential and of course we have organised farewell celebrations for both our Year 6 children and our Nursery children who are leaving us to join their secondary or Infant schools in September. It's lovely and warm and we feel as if the school is almost back to normalk; we are mixing a few bubbles and have dance and gym back in the hall.  Term 6 is going to be great!

Boogie Tots back in the hall with Nursery Children

Term 5 is already bringing smiles to the office and admin staff as we once again listen to music and laughter coming from the school hall! It has been a long time!  Boogie Tots, early years dance group run by Do 4 Kids, are back giving lessons in the school hall to our Nursery children. 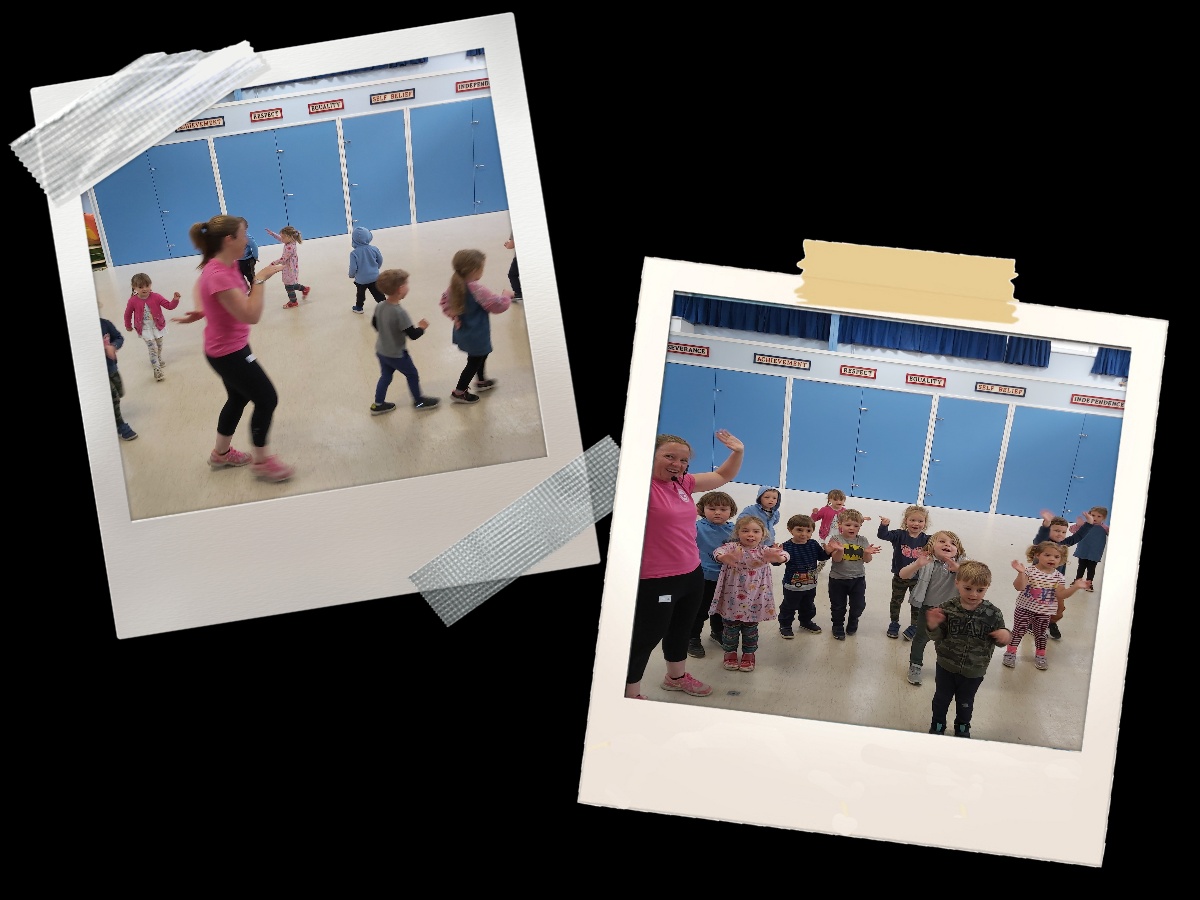 Early Years were lucky enough to have some special visitors on the last day of Term 4. Reception were planning a special awards ceremony when they were horrified to discover that the trophies had gone missing! We had been talking about keyworkers that week, so the children realised we needed to call the police and report the crime. The children giggled as Mrs Gale went to the phone and had a brief conversation and were pleasantly surprised when two PCSOs arrived ten minutes later!

We gathered our evidence, checking for clues left behind. The children spotted footprints and a strange slime that had been left behind! The children pointed the PCSOs in the right direction and they began their search for the perpetrator. It didn't take long until Fred the Frog was discovered in the woods! After some questioning, Fred confessed to hiding the trophies in the toilets - to equal amazement and horror from the children!

After solving the crime, the PCSOs met at a distance with both Nursery and Reception. Whilst we acknowledged that the morning's crime had been a set up (as we felt it was important to be transparent and honest with the children), the PCSOs discussed their role and how they will support us. The children asked some insightful questions about the police officer job and the children knew to call 999 in an emergency.

Possibly the children's favourite moment, however, was waving goodbye to the police car with its bright flashing lights! Well done BD Early Years, the children all did us proud with how polite and helpful they were. Huge thanks to Kent Police for taking the time to come and see us. 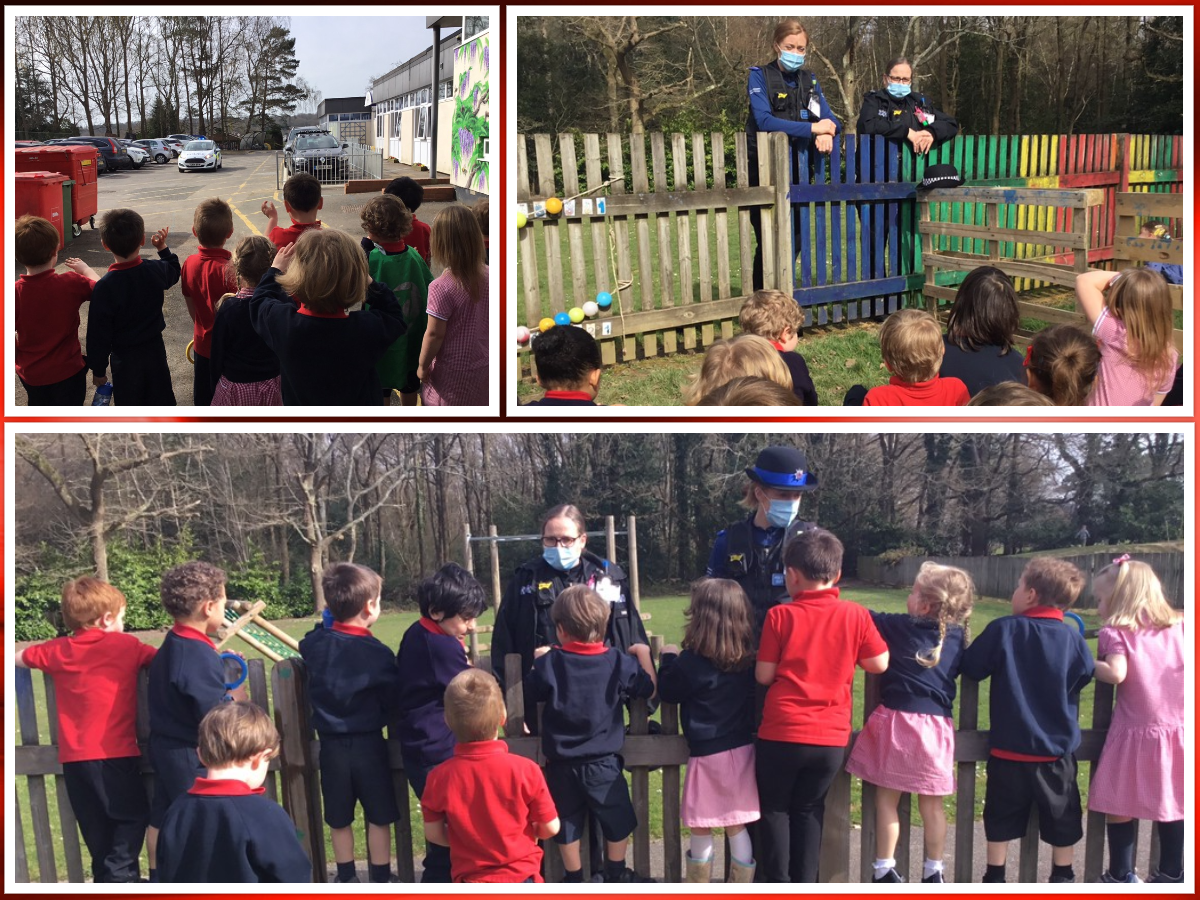 On Tuesday, 23rd March Year 3 and 4 dressed up as Vikings for the day and completed some really exciting activities. Activity number 1 was learning all about the Viking Gods and Goddesses. They learnt and identified each one and then went on a treasure hunt, trying to find the Gods and Goddesses that had been hidden! Activity number 2 involved navigation skills, the Vikings were exceptional at navigation and identifying where they were - the children had some maps and had to figure out the correct route to take around the school site. Lastly, the children designed and created their own Viking Shields which they absolutely loved! A very fun and successful day in year 3 & 4! 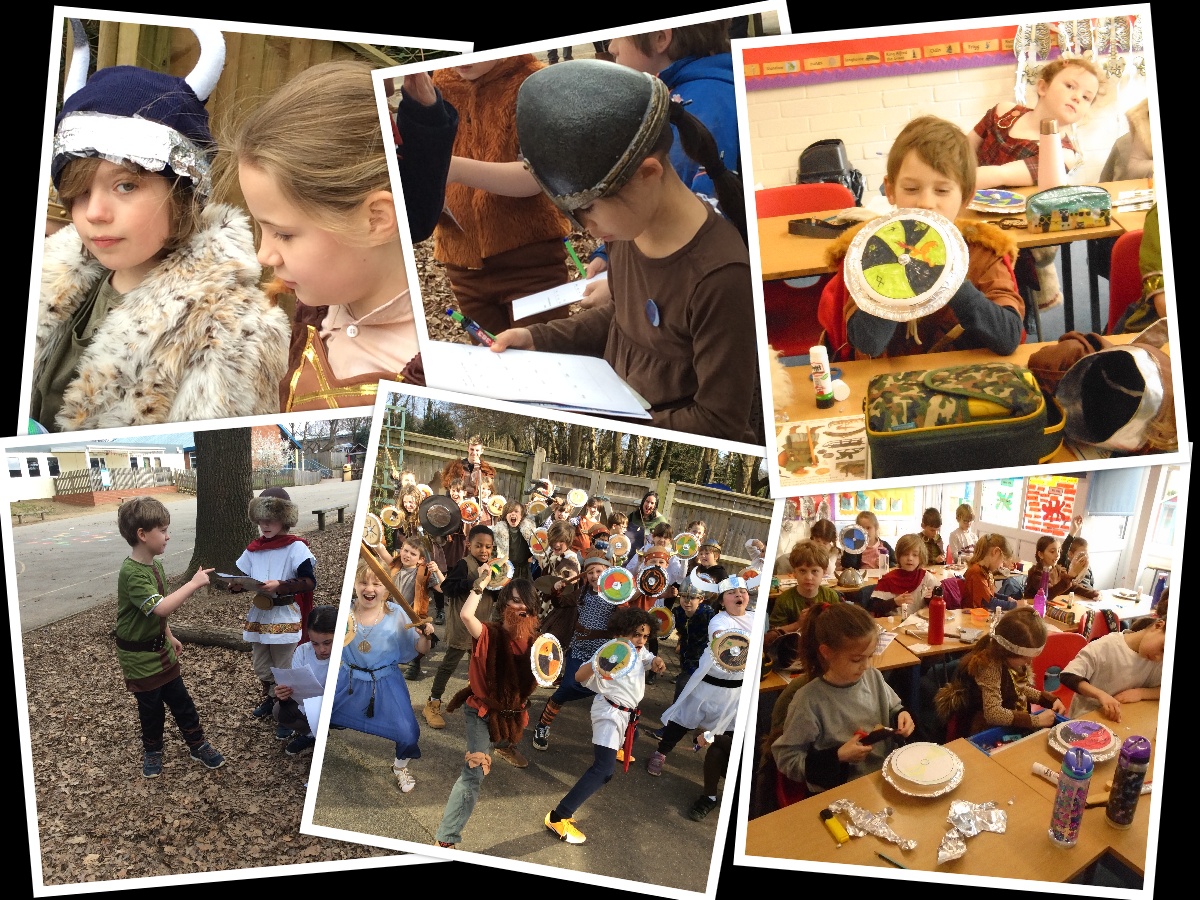 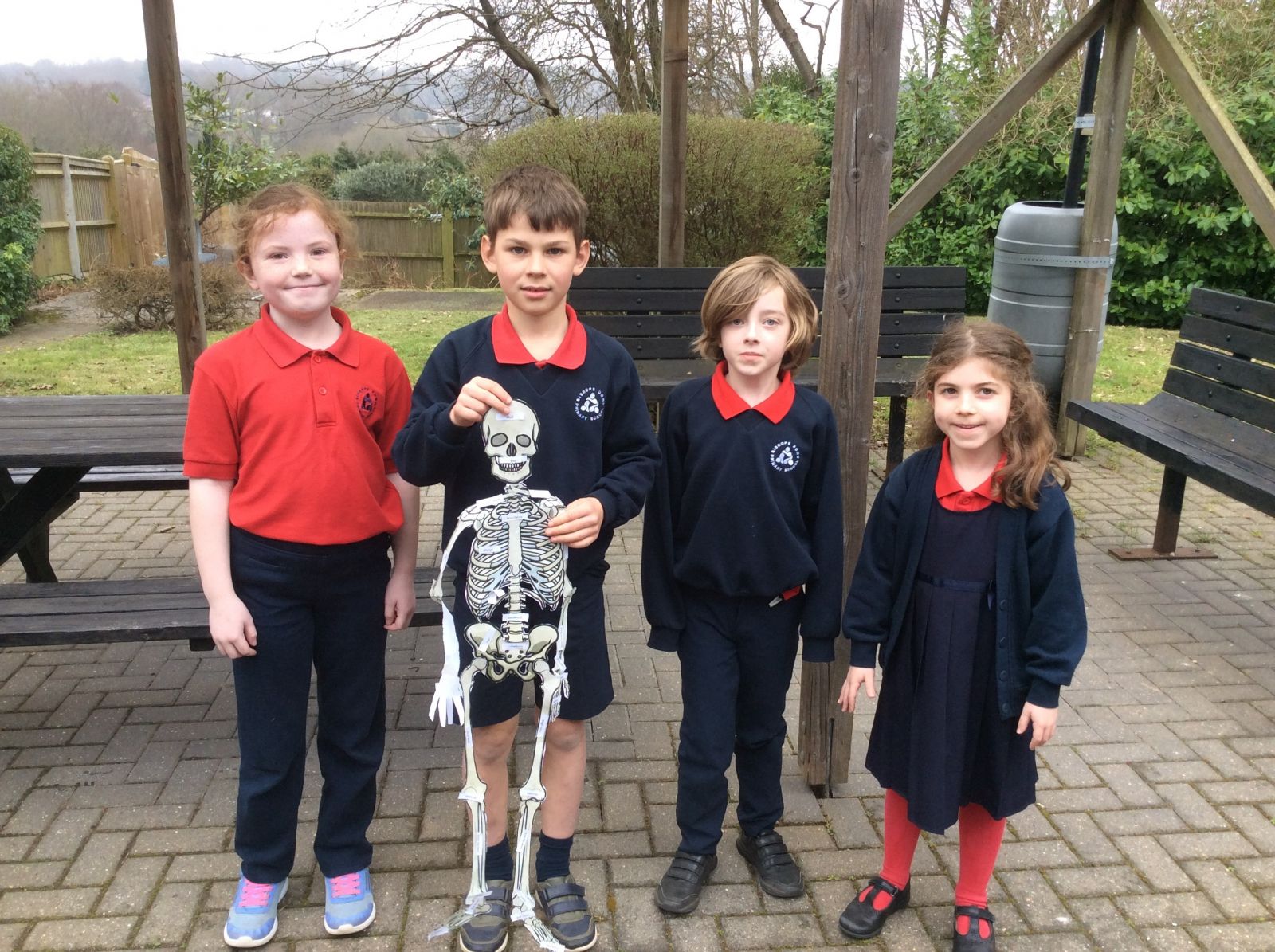 The human body has walked its way into science lessons in year 3 this term!   The children have created their own skeletons using all the bones in the human body!  Well done year 3, that's a lot of bones!

Children at Bishops Down were fully engaged during w/c 1st February with a full timetable of activities to support the charity Place2Be and Children’s Mental Health Week.  Place2Be provides counselling and mental health support and training in UK schools.

Our pupils, whether at school or home, plus their families, engaged in activities including a keep fit session, sing & sign, yoga, exploring nature, learning to draw and took part in Inside Out Day - wearing an item of clothing inside out. Be kind always...you never know how someone is feeling on the inside. 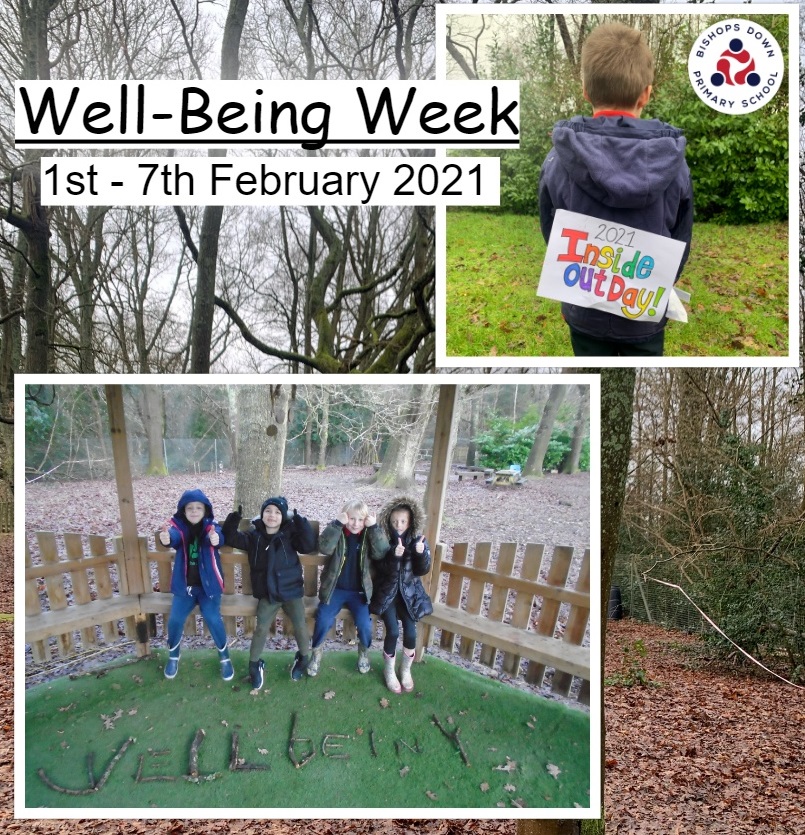 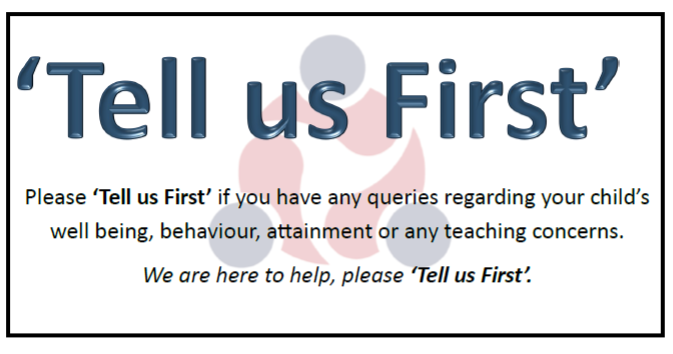 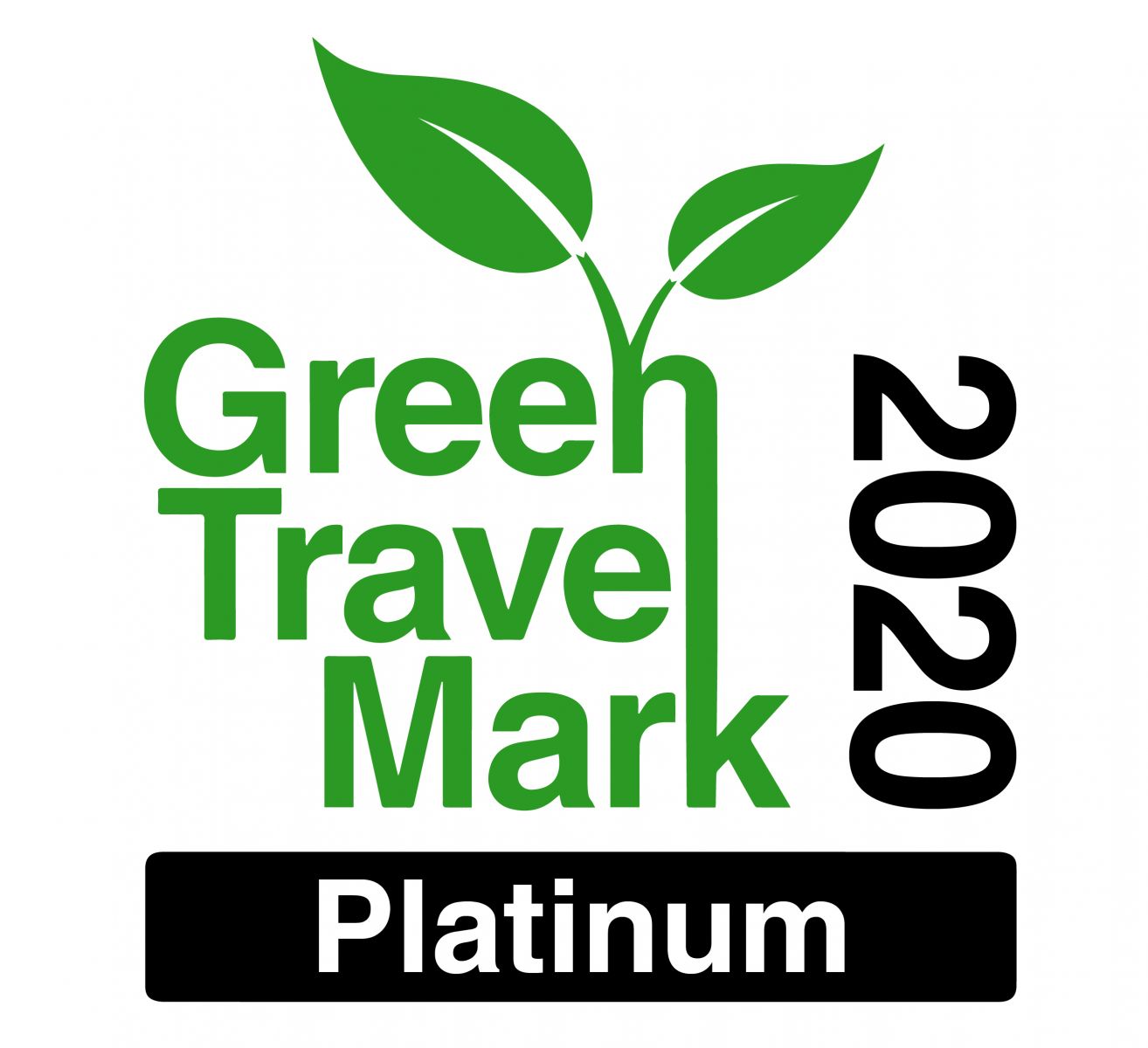